IntroductionIn order to further promote the cultivation of Civilization Practice Classes and give full play to the new dynamics of international cultural communication of youth, the Civilization Practice Center of New Era of the Yuecheng district and the Civilization Practice Classes of  New Era of the Yuecheng district（the International Business College and English College of Zhejiang Yuexiu University）are opening a bilingual report column of Courteous Zhejiang· Happy Yuecheng. The weekly bilingual graphic news will transmit the positive energy of civilization practice in Yuexian District, and combine with the opportunity of embracing the Asian Games and creating a favorable social environment to let Courteous Zhejiang· Happy Yuecheng known by the world. 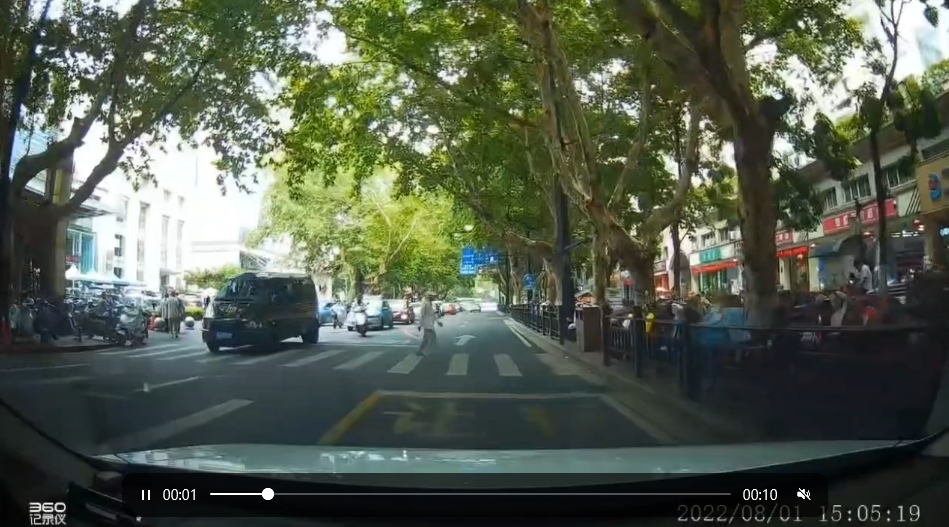 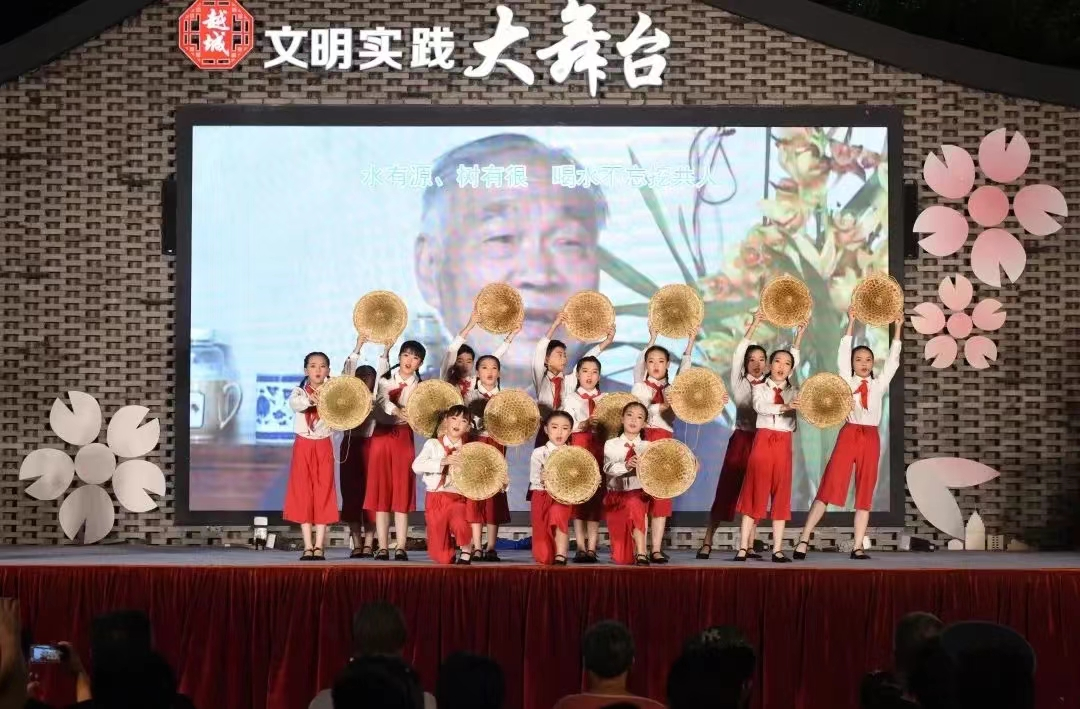 Condensing the soul of courtesy through the implementation of the action of the scientific theory, the action of inheriting red genes, the promotion of culture and literature art activities are the essential components of the thematic series of "Happy Life in Yuecheng, Everyone Practice Courtesy." On the evening of July 31, with the theme of "Walk along the village, let the culture cultivate the countryside " the tour kicked off the grand stage of civilization practice in Yuecheng District. Next, Yuecheng District will painstakingly create a string of literary programs, theme songs, compiling a batch of books, to help achieve culture and spiritual prosperity through prolific forms of expression.

Recently, a succession of postcards of " the Source of the Yue, the City of Courtesy " have been published. The first set of postcards was designed by the students of Shaoxing Children's Art school, where the practice location of the new era civilization is determined. The Civilization Practice Center of the New Era of the Yuecheng District took the initiative in creating song of volunteers Where I am, There is love. The catchy lyrics, and pleasant rhythm interpret vividly the spirit of "dedication, friendship, mutual aid and progress" of the Yuecheng volunteers. 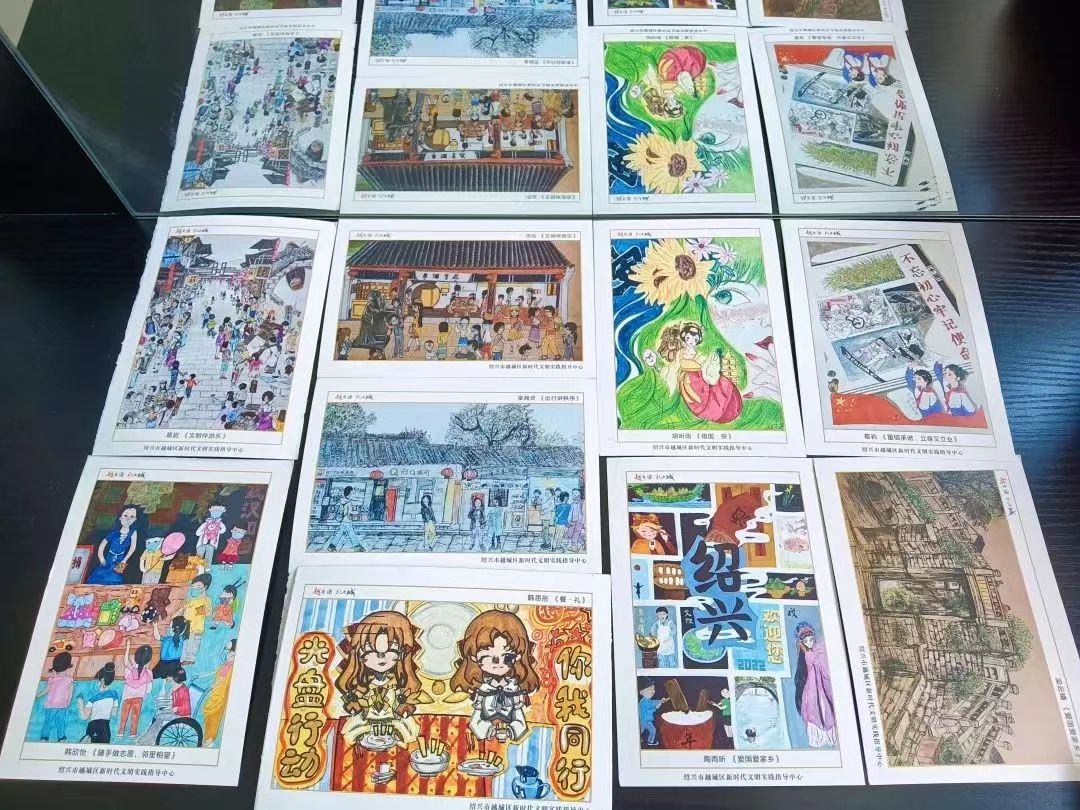 In the thematic series of activities "Happy Yuecheng · Everyone Advocate Courtesy", Yuecheng district is going to cultivate a regional characteristics and work foundations, each town and street will select many former residences of famous people, red relics, special exhibition halls, parks and squares, honest enterprises, tourist attractions, civilized villages and communities, etc., to create “Courteous Landmark” and form an courtesy network of “One Town with One Product”.

“Hoping by carrying out the new civilized practice of ‘Courteous Zhejiang, Happy Yuecheng’, a strong atmosphere will be formed for everyone to practice the ‘Zhejiang Moral Ten Courtesies’so that people in Jishan Jianshui can present a happy picture of morality and disciplined, courtesy and warmness, shaping the soul and empower the people to speed up the realization of the goal of first district and happy city crossing.”,said Sheng Yu, deputy director of the Publicity Department of the Yuecheng district, Party Committee and director of the District Civilization Office.

Striving for a new journey  Building a new era